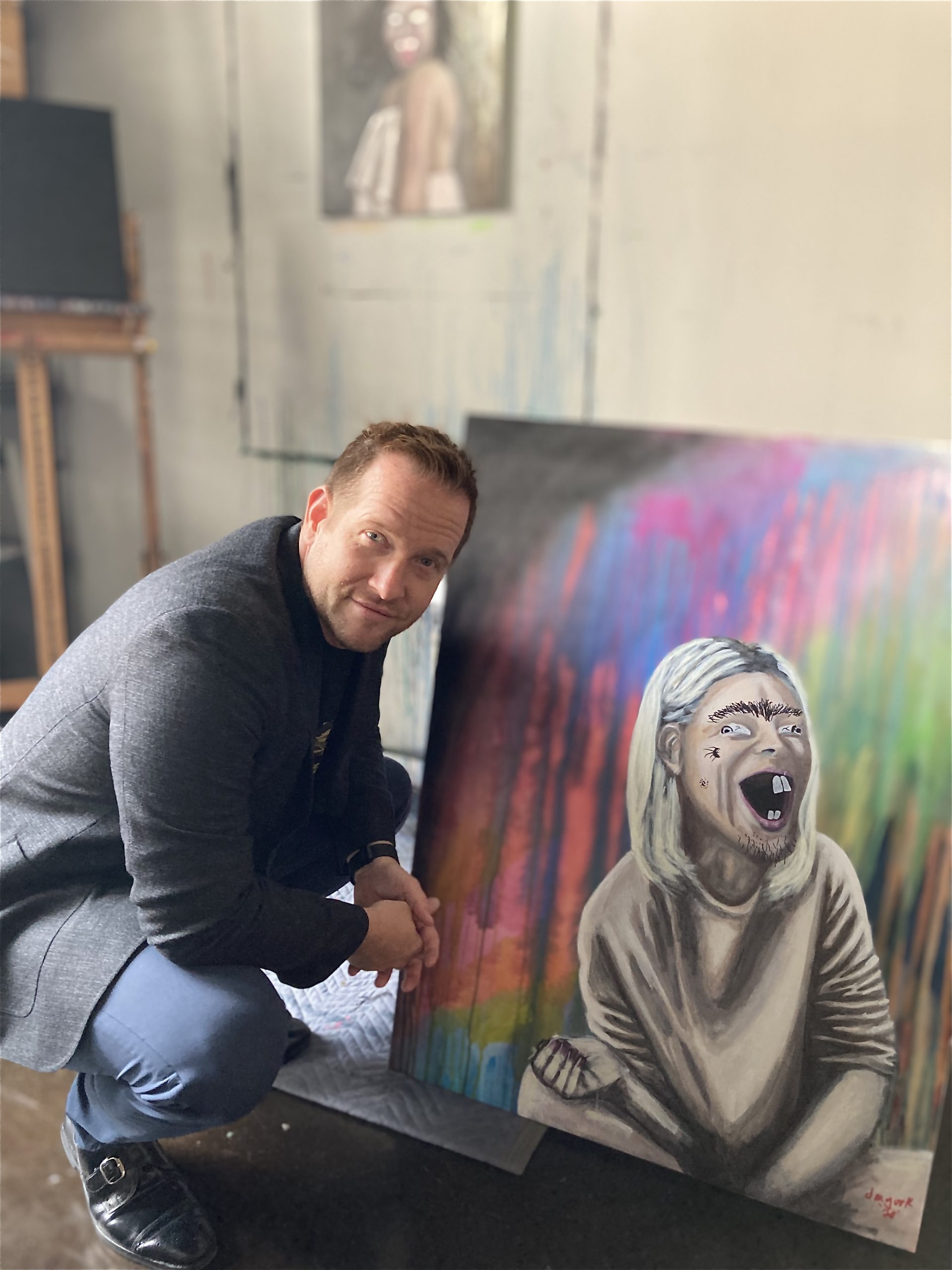 Daniel Matthew York is an American Artist born on June 5th, 1978 in Libertyville, Illinois to parents Daniel Lee York and June Dianne York and raised in the far north-west suburb of Chicago, Round Lake Beach. He is best known for his comedic and satirical, if not sometimes dark, paintings. He began drawing & painting as a small child and continued to learn and develop his skills under his art teacher, Betsy Edwards, from Grade School up into his attendance at Round Lake Senior high School. He was never formally trained beyond this. York’s influences draw on hundreds of years of influential art by his personal favorite artists from Italian greats such as Titian to more modern artists such as John Currin, Lisa Yuskavage and George Condo.  His current contemporary art series are Delusionism and Defacing Art, along with his Abstract series, Attraction. He now lives and works in Nashville, TN.